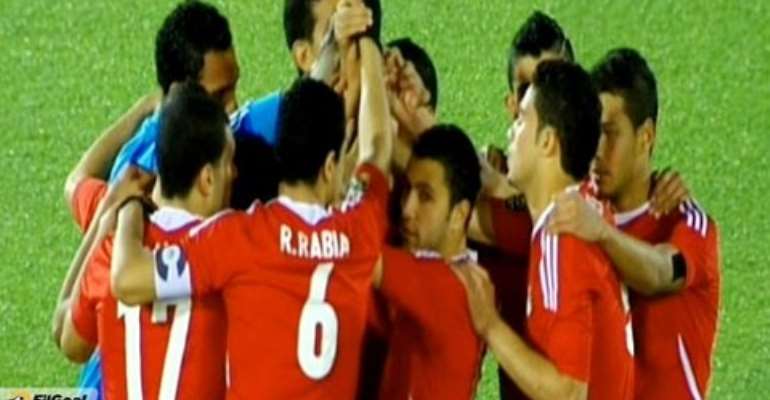 Whilst a state of emergency was being declared across many of the states in Egypt and scores of people were being killed in the violence that has flared up in Cairo and elsewhere in the troubled country, the national team, led by American coach Bob Bradley, escaped to the relative tranquillity of the Red Sea resort of El Gouna where they faced Milutin Sredojevic's Uganda in a friendly that really was meaningless when compared to the terrible events ongoing nearby.

Only a few hundred people were in the stadium to witness the Egyptian team continue their recent run of good form with a 3-0 victory against a Uganda side that had won two games in a row themselves.

Striker Ahmed Hassan Koka of Portuguese Primeira Liga club Rio Ave gave the home side the lead in the twenty second minute and it remained that way until FC Basel's Mohamed Salah doubled the advantage twelve minutes after the break.

Substitute Ibrahim Salah of Al Orubah in Saudi Arabia wrapped up the scoring ten minutes after coming off the bench to replace Mohamed El Nenny.

Egypt's next outing is scheduled to be a home World Cup qualifier against Guinea in September but the situation in the country will obviously determine exactly when and where that match takes place.