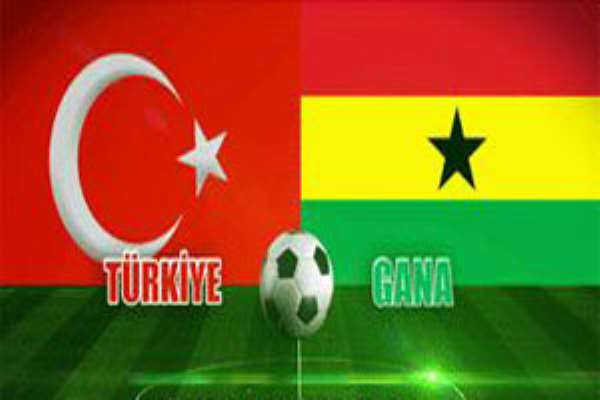 Ghana play Turkey at Istanbul's Ataturk Olympic Stadium on Wednesday in a fixture that both sides would deem slightly more valuable than the international friendly it is.

Either team is embroiled in a tight fight of their own to get to a common destination: the 2014 World Cup. On September 6, the Black Stars come up against Zambia in one last group stage qualifier at home, a game they cannot afford to lose, as a favourable result would place them within a two-legged tie of reaching Brazil.

Just about the same time, Turkey host Andorra and would have to beat their opponents on that occasion, be it as they are 11 points off the top in their group and four beneath a potential play-off spot with not many matchdays remaining in the qualifying process.

With the above as a backdrop, then, coaches Kwesi Appiah and Abdullah Avci of Ghana and Turkey respectively are expected to field full-strength sides, giving little room for experimentation, although there are a few youngsters on either side who could be granted runs-out at some stage in the game.

For a friendly fixture, thus, the stakes could not be any higher.

PLAYERS TO WATCH
GHANA
Ghana captain Asamoah Gyan would look to continue his fine form for the national side by adding to his handsome tally of 35 international goals which includes three from his last two outings. Turkey's defenders would do well to keep track of the 27-year-old target man's movement throughout the game.

TURKEY
Nuri Sahin, ever since his return to German side Borussia Dortmund after forgettable spells in Spain and England, has proved resurgent. His revival could not have been timed better, as his nation counts on his ilk to renew its faded hopes of World Cup qualification. Against Ghana, he could give them reason to believe again, should his usually precise passing assist the likes of sharpshooting Galatasaray pair Burak Yilmaz and Umut Bulut in getting the goals.

PROBABLE LINEUP
TURKEY
Demirel
Toprak, Kaldirim, Kaya, Irtegun
Belozoglu, Altintop, Turam, Sahin
Yilmaz, Bulut
GHANA
Dauda
Inkoom, Afful, Mensah, Sumaila
Rabiu, Badu, Asamoah, Wakaso
Adiyiah, Gyan
EDITOR'S PREDICTION
As already noted, both teams are predicted to go all out for the jugular right from the start, hence this one could turn out pretty tough. Whoever wins – more likely Ghana, by a 2-1 score perhaps – would be required to pick the victory off anything but a silver platter.

DID YOU KNOW?
•Ghana are referred to as the Black Stars while Turkey are the Crescent-Stars, both sides named after symbols of luminary bodies found in their respective national flags.

•The last time Ghana played Turkey was in May 2006, another friendly which ended in a 1-1 draw.

•Turkey have already been represented thrice at the World Cup in the country's history while Ghana seek a third appearance of their own.

•Ghana are presently ranked 24th best in the world by Fifa, while Turkey, at 58, are positioned several places lower.

•Turkey hosted this year's Under-20 World Cup at which Ghana battled their way to a bronze medal.

•Ghana and Turkey are placed in Groups D of the Caf and Uefa 2014 World Cup qualifying zones respectively.