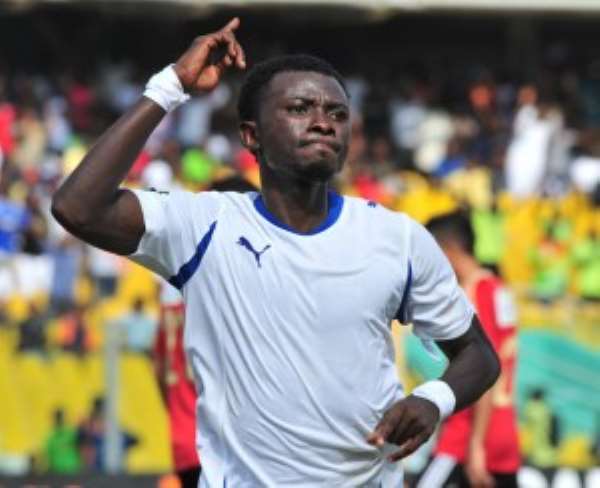 Berekum Chelsea have sanctioned Jordan Opoku's move to Asante Kotoko – paving the way for the midfielder's return to the Kumasi-based club.

The 27-year-old is set to return to the Porcupine Warriors haven spent a little over a year with the Blues.

Opoku incurred the wrath of club officials after leaving the Ghana Premier League champions as a free agent for a brief stint with Albanian club Dinamo Tirana in 2011.

The Ghana international is now set for a return following the resignation of Kotoko's Executive Chairman Dr. Desmond Sarpong who swore not to resign the midfielder.

“We will give him to Kotoko,” Nketia told Accra-based Peace FM.

“Talks are far advanced and the player wishes to join Kotoko so we want to grant him his wishes.

“The deal is about 70 percent complete and we are sure ab agreement will be struck very soon.”

Kotoko are reportedly paying $45,000 (GH¢90,000) for the return of Jordan Opoku as they look to strengthen in all departments ahead of the Premier League defence and their return to the CAF Champions League.