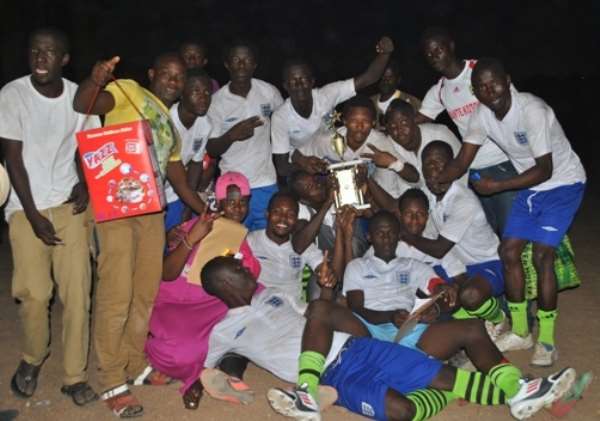 The soccer tournament is to foster good relations between the station and its listeners, unite communities while also unearthing talents.

Twenty eight teams competed in the knockout tournament at the Mamprobi Salvation Park.

Peace FC emerged champions after disposing off Darkuma FC in the grand finale to win the GHS 500 cash prize, a trophy and the enviable title of being winners of the inaugural tournament sponsored by Kiss Condoms.

Prizes were also awarded for individual excellence during the tournament.

Flame City were handed the Fair Player Award with the tournament's MVP going to Eric Anim of Darkuman FC.