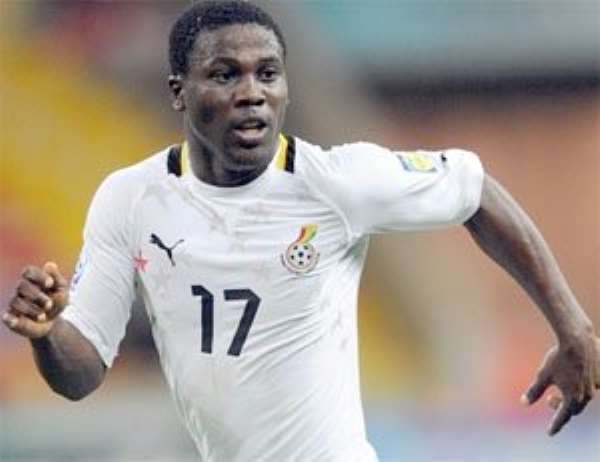 The 19-year-old is expected to remain at the Stade de Tourbillon until summer 2017.

Sion have beaten competition from Udinese, Saint Etienne and Besiktas to sign the hot prospect who scored six goals to emerge top scorer of 2013 FIFA U20 World Cup in Turkey.

Ghanasoccernet.com broke the news of the Liberty Professionals forward's proposed move to Sion last week after he agreed personal terms.

Sion have sold Cameroonian forward Yannick Ndjeng to Tunisian side Esperance du Tunis and have acquired Assifuah to replace him.

Assifuah initially impressed Sion scouts during the Valais International Cup in which he featured for the Ghana U20 side just before the start of the FIFA U20 World Cup.

He is expected to arrive in Sion with together with Ghana U20 Management Committee Chairman George Afriyie before the end of the week or early next week to complete the deal.

He joins Ghana winger Ishmael Yartey at the club and he is expected to play a crucial role in their campaign.