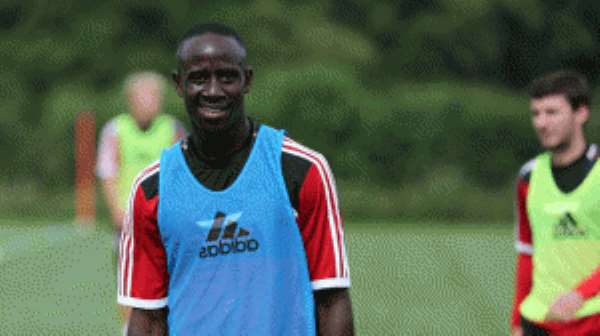 Ghana winger Albert Adomah has started training with Middlesbrough just hours after completing his move to the English second tier side.

The 25-year-old Ghanaian international joined the club on a three-year contract on Thursday morning after passing a medical and agreeing personal terms.

He was thrust into training immediately after completing the deal, sources close to the player have told GHANAsoccernet.com.

He met his new team-mates for the first time on Thursday before training with them.

He will be in the squad for Saturday's Championship match at Charlton Athletic.

London-born Adomah started his career with Isthmian Premier side Harrow Borough before joining League Two side Barnet, where he scored 19 goals in 112 appearances.

He moved to Bristol City in July 2010, with the initial fee of £150,000 being set by a tribunal, and his exciting style of play quickly made him a fans' favourite at Ashton Gate.

He has made nine appearances for Ghana, playing in this year's African Cup of Nations.

Adomah scored in both games as Bristol City recorded a double against Boro last season, a 3-1 win at the Riverside and a 2-0 victory at Ashton Gate.