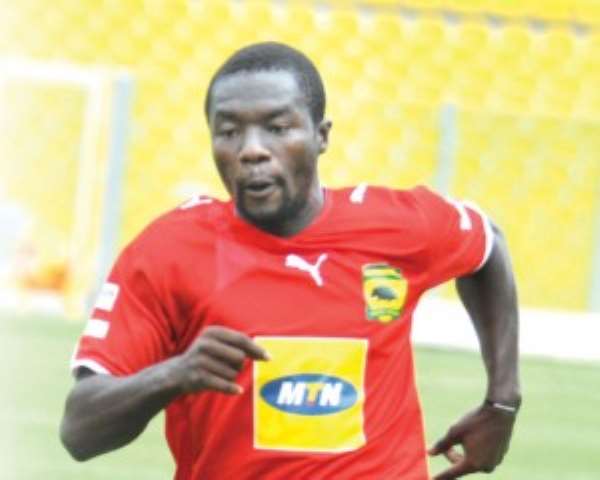 Ghanaian giants Kotoko have reported their striker Kofi Nti Boakye to FIFA for signing for Libyan club Al Ahli as a free agent.

The Porcupine Warriors are furious that the attacker signed the contract three days before his deal with the Kumasi-based side expired.

As he signed as a free agent, Kotoko will have no share in the whopping US$900,000 transfer deal.

Kotoko have now written to the world governing body to ask them to investigate the transfer seeking to reverse the move or get a share of the transfer.

“We have reported the matter to FIFA as it is not right for a player to sign another contract with a club when he is still has a contract with us,” Kotoko interim manager Opoku Nti said.

The former Liberty Professionals and Heart of Lions striker signed the deal after passing a club medical on Tuesday.

Boakye will receive $900,000 with Kotoko getting absolutely nothing as he signed as a free agent despite having an existing deal with the reigning league champions which expires on August 10.

But he did not wait for his contract to run out before signing the lucrative deal with Al Ahli.