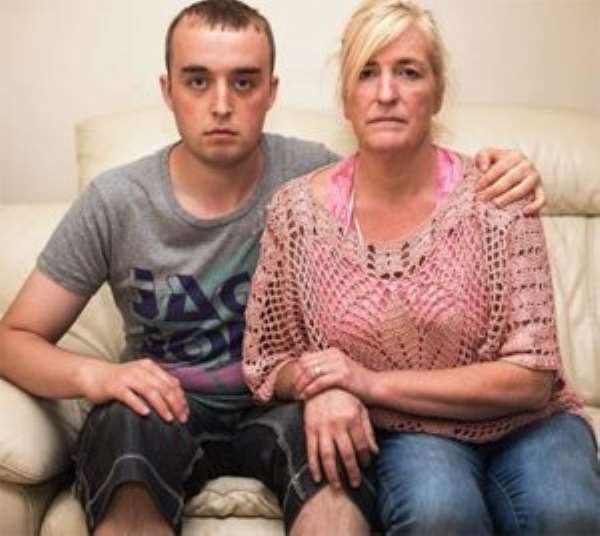 A mother has been fined £400 because her son missed school eight years ago because he had to have 22 operations as a result of collapsing from a brain tumour.

Darilyn Rothwell, 51, from Radcliffe, Manchester, was given just seven days to pay the fine which was issued because her 24-year-old son Chris Barlow had missed so much school in 2005.

The case was initially thrown out of court by magistrates who agreed that he should not be expected to attend school while recovering from surgery.

Mr Barlow, who now has three children of his own, collapsed with seizures in January 2005 and was on a life support machine for three days at Royal Bolton Hospital.

He was diagnosed with a brain tumour and underwent numerous operations.

Mrs Rothwell was taken to court by Bolton Council later that year after education bosses claimed she was not doing enough to get her son back to lessons at Harper Green School in Farnworth after his treatment.

The case was thrown out by magistrates and Mrs Rothwell assumed that was the end of the matter.

However, she has now been issued with a letter by debt recovery firm Marston Group ordering her to pay a £405 court fine within seven days.

If the mother-of-three does not pay the fine she has been threatened with bailiffs coming to her house and the sale of her possessions by public auction.

Since receiving the debt collection order this week, Mrs Rothwell said she has been unable to sleep as it has brought back memories of the difficult time.

She said: 'The situation was tough enough at the time, he had to have tuition in hospital and wasn't well enough to go to school and we ended up having to go to court to explain the situation.

'It's eight years on now and we get hit by this from absolutely nowhere. It's not just the financial stress of being told we've got to find this money but it brings all those awful memories back up again.

' As far as we're concerned there's no fine to be paid, but even if there was it seems bizarre that after hearing nothing for eight years we suddenly get

The Courts and Tribunal Service, which is responsible for the collection of fines ordered by courts in the UK, confirmed it was looking into whether the order had been made in error.

A spokeswoman said: 'We are aware of this incident and are investigating.'

Parents of children who persistently truant can be fined, ordered to do community service or even jailed.

This year the Government introduced on-the-spot fines of £60 – rising to £120 if they fail to pay on time – to parents whose children miss school.

Department of Education figures suggest around 43,000 pupils fail to attend school on any given day.