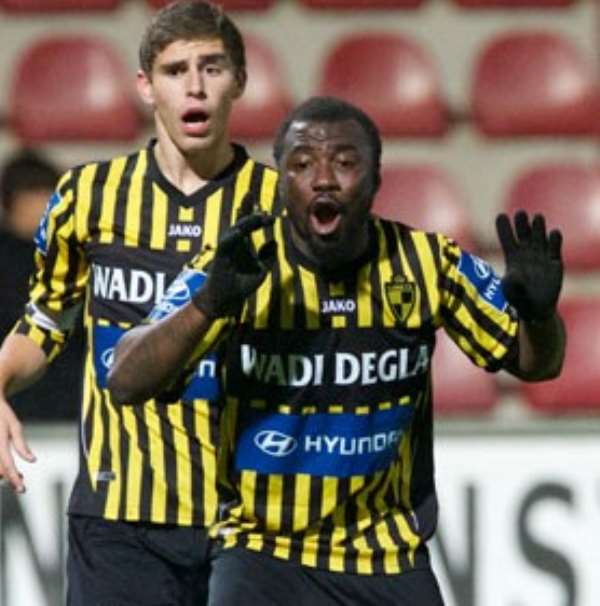 Ghana midfielder Rahim Ayew is against the idea of compatriots accepting pay cuts to play clubs in Europe because they want to keep up appearances.

The son of football legend Abedi Pele severed ties with Belgian Pro League side SK Lierse after stalled talks over his wages before the end of the regular season.

Rahim has since been on the transfer market looking for a new club and would not mind returning to the Ghana top-flight.

“It is very simple. I can't take peanuts as wages and continue to be with a club just because i want to play abroad,” he told GHANASoccernet.com

“Sometimes we (players) take decisions to leave clubs not because we can't face competition for places.

“Players must take bold decisions and that is what I did and because I believe in my qualities, I know I will get a club soon Insha Allah.”

Rahim played in the Ghana Premier League with Eleven Wise, now relegated, before moving to Zamalek where he had a frustrating spell.