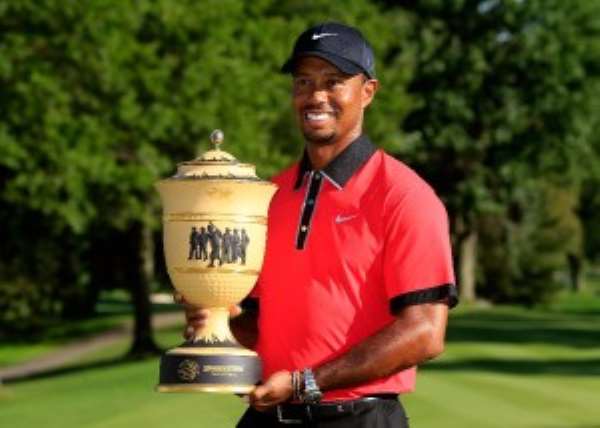 http://en.africatopsports.com/wp-content/uploads/2013/08/2013_08_04_175579842.jpg Tiger Woods won the PGA tournament of the Bridgestone Invitation. The world number one was content to achieve by (70) Sunday to confirm his domination of the tournament on Friday with a card of 61.

Tiger wins his eighth trophy on green Akron “I do not know how to explain my success here. I feel comfortable, I have a compass in my eyes , he mentioned to the CBS Sports Network. For some reason, everything is set up in the weekend and I got the desired results, “ says fr.canoe.ca .

Tiger Woods is just three PGA titles from the record of Sam Snead . He is thus full of confidence before tackling the last Grand Slam of the season: the USPGA. Voted the Sexiest British Open golfer, the world number one has not experienced the joy of winning a major tournament since 2008.

NPP may lose 2024 elections if Bawumia is imposed as flag be...
56 minutes ago