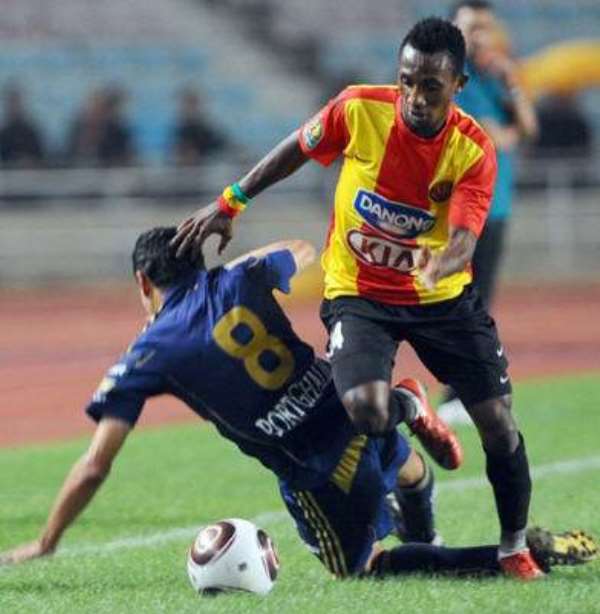 Ghana defender Harrison Afful played the entire duration as his Tunisian side Esperance revived their campaign in the CAF Champions League with a 2-0 success over Coton Sport at home on Saturday night.

Algerian import Youcef Belaïli scored the first and made the second for the 2011 African champions.

The first goal came on the hour mark of a match that kicked at 10pm local time to allow players to break their fast during Ramadan and in which they proved generally tired and listless.

But the goal was anything but as Belaïli skipped past a defensive tackle, turned inside the Cameroonian defence with a side step and then belted a powerful shot which gave the visiting goalkeeper no chance.

He was the provider of the second in stoppage time at the end of the game as he played a clever cross field pass that picked out substitute Iheb Msakni for a powerful volley.

To add insult to injury, Coton Sport then had captain Jean Bapidi Fils sent off for a clumsy midfield challenge just a minute from the final whistle, meaning he misses the next outing against Recreativo Libolo.

Security concerns in Tunisia saw spectators banned from watching the match at the Radès stadium, creating an eerie atmosphere at cavernous venue.

Esperance lost their opening Group B game a fortnight ago in Angola while this was Coton Sport's first match of the league campaign.