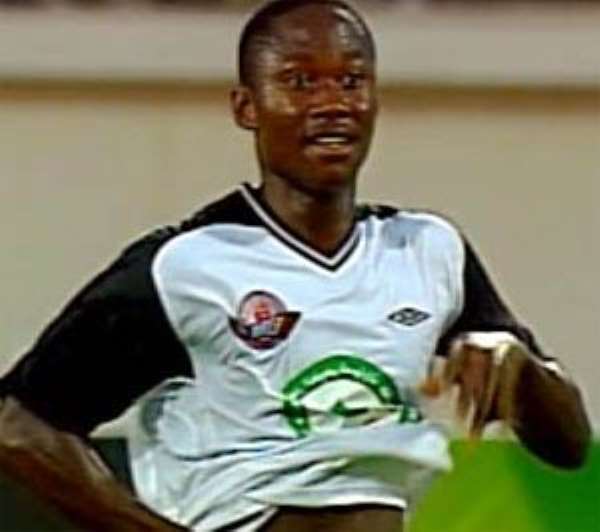 STRIKER ERIC Bekoe might work under his former coach Bashiru Hayford in the upcoming football season.

Ashantigold FC, where Coach Hayford is working, are eager to snatch Bekoe from Berekum Chelsea.

If this move becomes fruitful, it would mean Bekoe would once again work under Coach Bashiru Hayford.

Bekoe won the goal king title some seasons ago whilst playing for Kotoko where Coach Hayford was his coach.

Currently, the ex-Petrojets of Egypt player is plying his trade with big spenders Berekum Chelsea.

Coach Hayford on the other hand is now the technical head of the miners who are trying to strengthen their squad.

Reports say the miners are leaving no stone unturned in their bid to land the goal poacher.

Information making the rounds have it that Bekoe and Ashgold are close to sealing a deal but the money involved is still being kept a secret.

The player is reported to be eager to make the move because he cannot wait to reunite with his ex-boss, Coach Hayford.