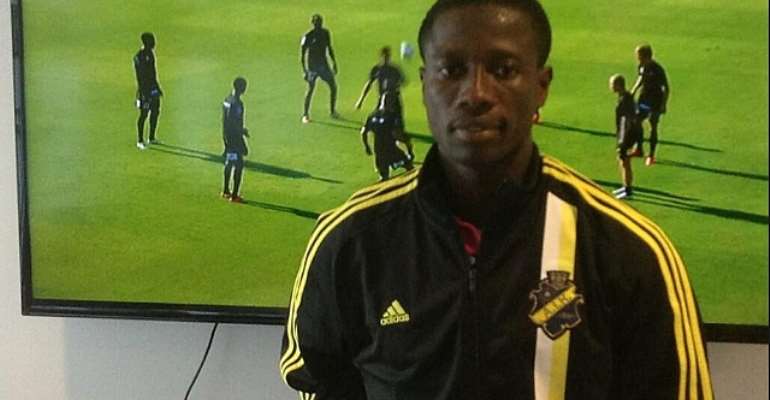 Ebenezer Ofori has arrived at AIK Stockholm for medical.

The New Edubaise United left-back will put pen to paper to a three-and-half year deal subject to him passing the test.

His paperwork must also be granted by the Swedish Football Association and the Immigration Service.

“Ofori has demonstrated qualities that we believe over time he can directly add to the squad with his skills,” AIK's sporting director Bjorn Wesstrom said.

“I've seen him play in Ghana and at the U20 World Cup in Turkey and he is a well-trained defensively with a good passing skills.

“He has been used both as a wing back and winger. Having Ofori in the squad brings depth and width and we are better balanced and he will increase the overall strength of the team.”

Ofori was a regular fixture in Ghana's squad which won silver at the African Youth Championship.

But he lost his position during the World Cup in Turkey with the presence of Baba Abdul Rahman.

If he is handed a deal, Ofori will join former Edubiase teammate Moro Ibrahim at the club.