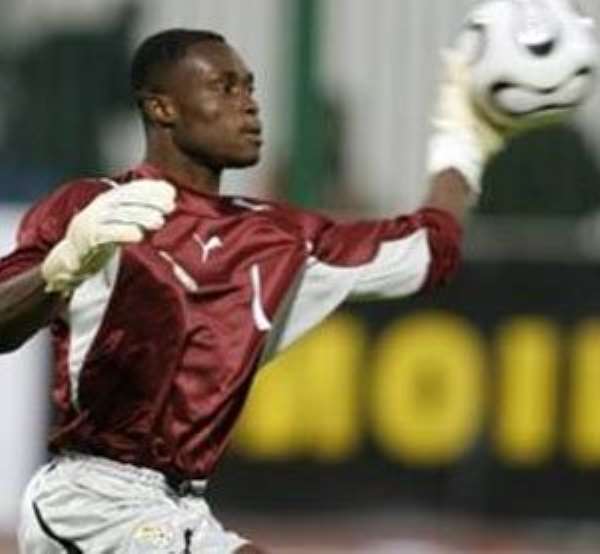 Legendary goalkeeper Sammy Adjei has finally been axed by Ghanaian giants Hearts of Oak after over 13 years with the Accra-based club.

The shot-stopper, who was hugely instrumental in the club's winning of the African Champions League in 2000, leaves the club after coach David Duncan decided to bring in younger players.

The 32-year-old becomes a major casualty in an audacious bid by Accra Hearts of Oak to revamp the squad for title pursuits next football season.

'Sammy Adjei is among the players coach David Duncan has decided to release before the start of the new season,' club spokesman Muheeb Saeed told Happy FM.

The Phobians decided to part ways with their trusted goalkeeper and onetime safest pair of hands for the senior national team, the Blacks Stars.

He is among 14 players transfer-listed by the club, prominent among them being defender Emmanuel Osei aka Obuor, who was signed on during the second window of last season.

Adjei has had troubles with the technical team since renewing his contract with the Phobians last season.

And his troubled relationship with the club worsened under Coach David Duncan leading to his consignment to the reserves bench for the most part of last season in preference for the younger and relatively less experienced Tetteh Lugard.

Despite the troubled relationship with the coach, Adjei's case was one of mutual disengagement since it was the player himself who opted out of his contract which runs out next season.

Adjei started his career with Hearts in 1997 and played with the Accra side until 2004 when he signed for Tunisian club Club Africain.

Police made me stand in the sun for 5hrs for not wearing fac...
42 minutes ago