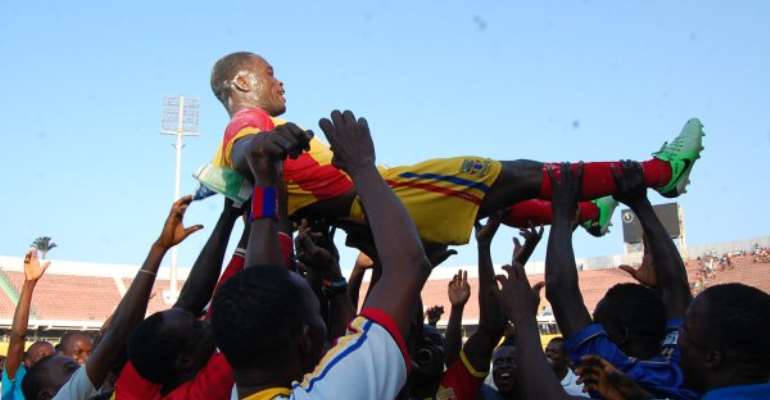 Hearts of Oak striker Mahatma Otoo is training on his own at Belgian side Club Brugge as the first team squad has travelled to Poland for their Europa League tie against ?l?sk Wroc?aw.

The 21-year-old touched down at the Jan Breydelstadionin Bruge on Tuesday and is set to undergo medicals before officially signing his contract for Blauw-Zwart.

Club Brugge's first team squad left Bruges on Monday for the Polish capital for their crucial Europa League tie ?l?sk Wroc?aw on Thursday and Otoo did not meet the team.

Second B trainer at Brugge is assessing the striking qualities of the former Ghana U23 skipper before manager Juan Carlos Garrido returns to see him train next week.

Otoo, who scored 24 goals for Hearts of Oak last season and won the SWAG Player of the Year Award is expected to ink a long-term contract for Brugge after passing medicals.

Otoo will join former Ghana U17 midfielder Enock Adu Kofi at the club if he secure a deal.

Anlo Traditional Area to organise another funeral for Rawlin...
50 minutes ago