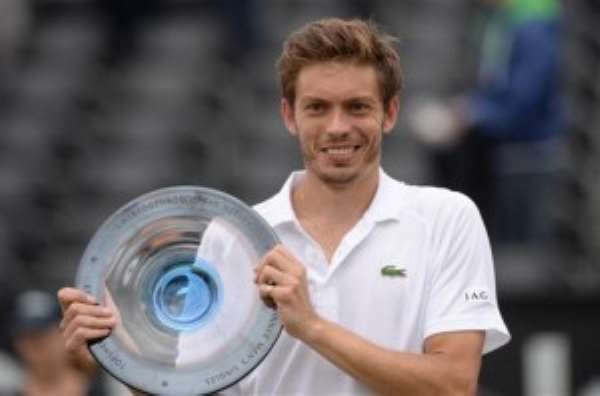 Nicolas Mahut (31) holds his first trophy. The French, in the history of tennis has been one of the longest players in the game of tennis in the Open era (editor's note, Wimbledon 2010 match against John Isner lost after 11 hours and 5 minutes, the score of 4-6, 6-3, 7-6, 6-7, 68-70) won the trophy of the tournament in Hertogenbosch (Netherlands).

The Angevin (240th ATP Tour) defeated Saturday in the final the Swiss Stanislas Wawrinka , the 10th player in the world, in straight sets 6/3, 6/4. Mahut had played and lost two finals in his first single of his career in 2007.

This success is has just perked up the doubles finalist at Roland Garros in 2013, before starting the fortnight on the London grass which is renowned as the third Grand Slam of the season. The French, enjoying a wild card, will make his opening match at Wimbledon against the Czech Jan Hajek .