Barcelona : Neymar regularly offers 10% of his earnings to the Church! 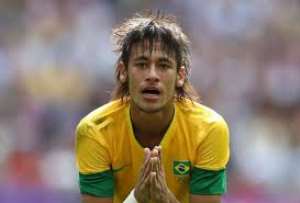 “Religion represents all for me. That's all for me. God has always helped me; he is the one who gave all I have. I thank him every day. I do not have much time to go to worship at the moment, but as soon as I can, I make a quick getaway to the Baptist church I attended since I was a child. Even I continue to give a tenth of all I earn'

He is not the first Brazilian star to rely on God. Some of his seniors like Kaka did it, he admits:

“ Kaka is a great guy, one of the most correct guy that I met in football. He is an example to follow. It is said that, everyone practices religion in his own way, so we cannot compare. Even though I'm not like Kaka, I never hid that I was evangelical, I went to church, and there is no mystery about it. “