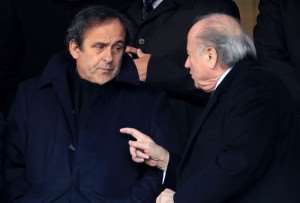 The FIFA President, Sepp Blatter blames the president of UEFA, Michel Platini about technology in football.

According to Blatter, if the technology on the goal line is not yet in force in competitions organized by the governing body of European football “it is not UEFA; it is Platini who does not want it. It is only Platini. Federations, leagues, referees, players … They all want technology on the goal line. If Platini does not want it, that's a personal issue, “ said the President of FIFA in the columns of the Spanish daily AS.

And to ensure that “things will change.”