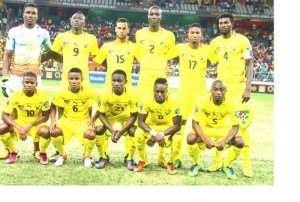 FTF (Togolese Football Federation) has finally released this Saturday the list of 23 players summoned for the game against Cameroon in March 23. After days of wrangling, the national body has assumed its responsibilities.

On the official list, there are Kossi Agassa and Emmanuel Adebayor. Both players had not been summoned by coach Didier Six for criticizing his handling of the quarterfinals match of the 2013 AFCON. Lalawele Atakora is also part of this list.