Rugby/Bastareaud : “The goal is to win” 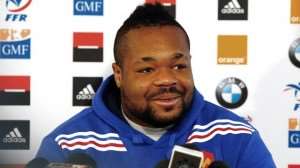 Before the last meeting of the Six Nations tournament against Scotland, while the results are catastrophic for the moment, Bastareaud think the XV of France should end on a positive note.

The Guadeloupean wishes the Blues to win against Chardon XV Saturday at the Stade de France.

“It is never easy to lose many matches, especially with the Blues. A fourth defeat would have really depressed us. This is not the case, we might even deserve better. We will be satisfied with it and be focused 100% to win at least one game in this tournament. It would be nice to go in our clubs on a win.”

“We evacuated the question of the wooden spoon. Now it is clear that the goal is to win, if possible with the way. We should also stop to asking 10,000 questions and wonder what would happen if we lost. We must think about the victory, be positive in our heads and go face the Scots head high, being proud to play this last match.”