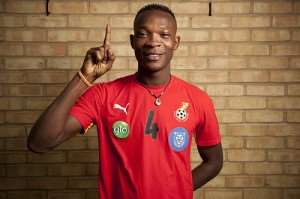 The Ghanaian international has no club. John Paintsil was requested by Hapoel Tel Aviv to go elsewhere. And it has nothing to do with his recent troubles.

Rotem Grossman, spokesman for the Israel club ensures that this decision was taken before the departure of the player for the Afcon 2013.

“We talk about dismissal. John will no longer play for Hapoel Tel Aviv. It is the decision of the coach for two months before the incident, ' Grossman told Joy Sports . “We have made him a bid to find a new club in January, but he did not want to leave. So when he comes back, I think it will be best to reach an agreement so he can think about his future as a football player and not just train with the team without playing, “ said the door said.

Always in Accra, John Paintsil should also expect sanctions from his club. “He should give us an explanation for the delay, said Grossman. He should get back in Feb. 25, after obtaining an extension of a few days because of his hamstring injury. We will examine all incidents when he returns and we will find a solution that will benefit the club and the player. I do not think it's good for him to be here and not think about the next season, this will be the case, he begins to think about next season and find a new team. “