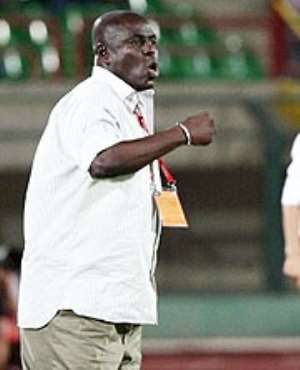 The Black Satellites will be hoping to ride on Tetteh's experience at the youth competition which he won in 2009  before conquering the world at the FIFA U-20 World Cup held in Egypt to mark the continents' first gold in that category.

The Coach's announcement comes after weeks of training which has taken the team to Spain to fine-tune ahead of the eight-team competition.

Ghana pitted in Group A alongside host, Algeria, Benin and Egypt for the biannual championship that spans March 16-30 will be based in Ain Pemouchent.

The Satellites, thrice winners of the AYC is making a ninth appearance at the gathering that will see the four semi finalist automatically representing Africa at the 2013 FIFA U-20 World Cup in Turkey later in the year.