Makoun : M’Vila is “a great player” 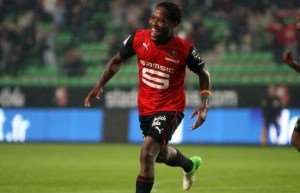 “Yann had a lot of trouble. He left, with a very good contract. I can just tell you that he is a great player. It was a treat to play with him, as I did at the time with Toulalan or Juninho “ Makoun said Friday before facing Saint-Etienne on behalf of the 28th day of Ligue 1.

Yann M 'Vila injured his knee in February, returned to Russia on Sunday to expect the player for the first time under the colors of his new club. Makoun regrets the lack of Romain Alessandrini, victim injury: “It was harder in the conclusion of our actions, but it will return. Romain Alessandrini's injury is a big loss, you can not deny it. Young players like Cheick Diarra or Sane, to prove their worth. “