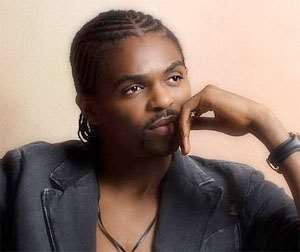 Ex-Nigeria star Nwankwo Kanu has lost N1.4 billion (about $104m) and a top executive of his hotel has been arrested and charged to court.

Managing director of Hardley Suites Hotel in Lagos, Ayoola Gam Ikon, 49, has been arrested and charged to court for the alleged fraud, according to a PM News report.

Also arrested along with him over the alleged fraud is a hotel staff, Oke Samuel.

They were arraigned before an Igbosere Magistrate's court on a 19-count charge of felony to wit, obtaining money under false pretence.

The police alleged in charge suit No. K/8/2013 that Ikon was arrested following a complaint by the management of Hardley Suites Limited, Nwankwo Kanu and Ogbonna Kanu, that Ikon between 2005 and 2012 allegedly defrauded them of the sum of about N1.4 billion on the pretence of using the money to expand the existing facilities of the hotel by constructing and furnishing of additional blocks of 30 suites and conference facilities.

But he allegedly failed to use the money for the purpose and allegedly converted the money to his personal use.

He was also alleged to have forged a special resolution purportedly made by the board of directors of Hardley Suites Limited to obtain loans of N187 million, N50 million and N493 million from Skye Bank Plc without authorization.

The offences, the accused allegedly committed, according to the prosecutor A.M. Animashaun, contravenes sections 8 (a) 1 (a) of the advanced fee fraud and other fraud related offences Act 2006 as applicable in Lagos State.

The accused pleaded not guilty to all the charges.

The prosecutor presented before the court an application for the remand of the accused persons in prison custody pending advice from the office of the directorate of public prosecution, DPP, because the lower court lacks the jurisdiction to try the matter.

But the Chief Magistrate, O.O.  Oshin overruled him with legal facts after quoting copiously from several sections of the criminal justice administration laws of Lagos State to buttress her claim that the court has the jurisdiction to hear and admit the accused to bail.

She admitted the first defendant to bail in the sum of N1 million with two sureties in like sum.

One of the sureties must be the defendant himself, the other should be a civil servant on level 16.

She also admitted the second defendant to bail in the sum of N500,000, with two sureties in like sum. One of  the sureties must be a level 16 civil servant while the other must be working with a reputable company.

She adjourned the matter till April 4 for mention.

However, the defendants were moved to Ikoyi Prison, Lagos pending when they would fulfill the bail conditions.