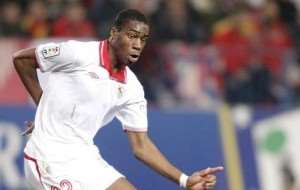 Author of an bad gesture and expelled during semi-final return of the King's Cup against Athletico Madrid (2-2) Wednesday, Geoffroy Gondogbia was sentenced to four games suspensions involving all national competitions in Spain.

The Andalusian club stated that it will appeal the decision.

This season, the Franco-Central african has played 19 games, including 11 as a starter. He scored a goal in the liga, and it was during the 21st day against Granada.

On this occasion Sevilla dominated his opponent 3-0.