Paintsil hospitalized after collapsing at home 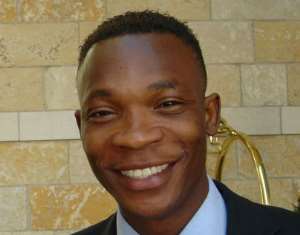 The 31-year old was scheduled to report to the Legon Police earlier to sign a bond for good behaviour following the assault on his wife, Richlove, last week, but had to be whisked to the Ghana-Canada Hospital at Adjirigano in East Legon, a suburb of Accra, by his wife and relatives.

The details of the incident remain sketchy but GNA Sports is reliably informed that the Israeli-based right-back has been discharged after a couple of hours at the health facility.

With this, Paintsil and the Legon Police are set to arrange on a new date for him to sign the bond for good behaviour.

The Israel-based defender has come in for bad press the last one week following allegations of fling with prostitutes at the Black Stars camp during the team's failed fifth Nations Cup quest in South Africa few weeks ago.

The 31-year old right-back struggling to shore up his reputation in recent days was arrested late Friday for allegedly assaulting his wife, Richlove, but was granted bail deep into the night.