Italy : Mario Balotelli will soon have his statue 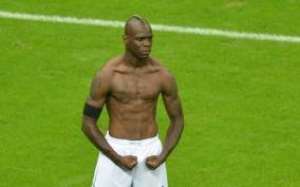 The AC Milan striker has commissioned a local Italian artist to produce a life-size statue of him to put in his Brescia home.

The artist, Livio Scarpella, hasn't met Super Mario, but is confident he will be able to fulfill Balotelli's aim of “immortalising” himself, England's The Guardian reports.

“I presented several drawings but Mario wanted to be immortalised in a pose that shows him having scored a goal, highlighting his muscles and with an expression of defiance,” Scarpella said.

“I have imagined him as an athlete from ancient times and the statue will be a mix of classical and pop style in platinum and coloured bronze with the eyes made of stones.”

Italian media are reporting that Balotelli wants the statue based on his infamous goal celebration against Germany in the semi-finals of Euro 2012.

Balotelli started his Rossoneri career with four goals in his first three matches, before failing to find the net in last weekend's heated drawn Milan derby.

Balotelli was racially abused by fans in the 1-1 draw and was fined 10,000 euros for a rude gesture towards Inter supporters after the match.