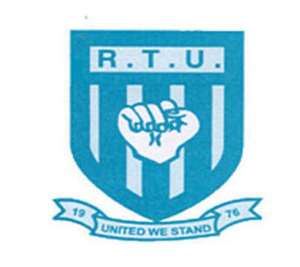 The defeat further sunk the Tamale-based club down the log and put them firmly in the relegation zone to the disappointment of their fans.

Amidaus, led in attack by in-form Yahaya Mohammed, took the game to their opponents and created some decent chances in succession in the early part but lack of precision upfront denied them from scoring the needed goals.

Isaac Ofori, however, broke the deadlock for the Tema-based club in the 19th minute as he smashed in a thunderbolt of a shot to beat RTU goalkeeper Andrews Abbey after he outpaced his marker at the left flank in a solo effort.

Amidaus increased the goal tally to two in the 67th minute courtesy skipper Mohammed, currently the leading goal-scorer, in a well-rehearsed strategy.

It was a beautiful goal by all standards as the skipper who was unmarked controlled a pass from striker Selassie Adjei and lobbed the ball over the head of the advancing RTU goalkeeper.

Embattled RTU responded swiftly and stringed good passes together to fetch a goal in the 72nd minute with Mohammed Aminu being on a target as he took advantage of a goalmouth scramble to slot home a consolation.

Amidaus, determined to make their victory certain, marshaled more men upfront and probed for more goals which did come in the 75th minute with Selassie scoring the third for his side after taking advantage of a defensive blunder.

Selassie, however, missed a penalty in the 88th minute when his kick went off the bar after been brought down in the 18-yard box by RTU defender, Hanan Giwa, to end the match in their favour.