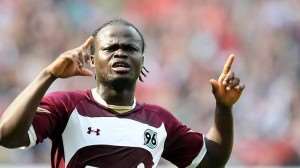 In the German championship this weekend - they played the 23rd day.

We note the 6 goals to 1 of Bayern against Werder Bremen, and the very nice success of Hanovre in AWD Arena against Hamburg – 5 goals 1 -

And Hanovre can say thank you to his Africans. The Senegalese striker Mame Biram Diouf opened the scoring before the Ivory Coast player, Didier Ya Konan realizes a double.

Finally, it was Mohammed Abdellaloue, Norwegian-Moroccan who scored the fourth goal of the African game.