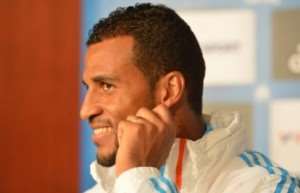 Two days before the big clasico, tension builds within the staffs of both teams.

Alaixys Romao which is engaged with the OM this transfer window, will probably play this Sunday against PSG during the clasico.

The Togolese who has already experienced the Parc des Prince with Lorient during the first day of the Ligue 1 Book tracks:

“With Lorient, we had played the 1st day there. There was much talk of this match with the arrival of Ibrahimovic. It went without pressure, with a good game plan, and we led 2-0 at the break! The wound of Manga Ecuele had hurt and Paris had returned. It was their first game, with many arrivals, it lacked binder. But we felt there was the potential … “

The meeting is scheduled this Sunday 8PM.