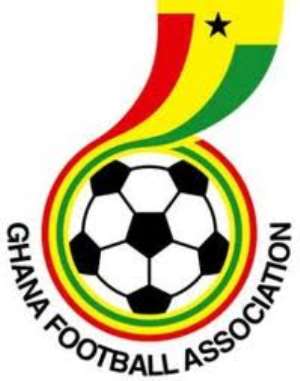 According to ghanasoccernet , former Chairman of the Ghana Boxing Authority and Ace Sports Broadcaster, Moses Foh Amoaning has called on the President of the Ghana Football Association to beseech retired Ghanaian International, Kevin-Prince Boateng and recall him into the Senior National team ahead of Ghana's preparation towards the 2014 World Cup.

According to Mr. Foh Amoaning, the current performance of the Ghanaian must be impacted in the Black Stars team since the team lacked such physic during the just ended African Cup of Nations staged in South Africa.

'The Ghana Football Association must beg Kevin-Prince Boateng to play for Ghana again. Just look at the brilliant performance he exhibited during the AC Milan champions league match against the best club in the world, Barcelona,' he said.

Goals from Ghanaian duo, Kevin-Prince Boateng and Sulley Muntari helped AC Milan to a 2-0 win over Barcelona in the UEFA Champions League.

Speaking on Accra-based Happy FM, Moses Foh Amoaning admonished the FA to reject any critic from fanatics and pursue the agenda of re-admitting the former Black Star player.

'The FA must ignore what others will say about his (Kevin-Prince Boateng) recalling into the squad. They (GFA) must stand on their authority because if we lose such a player, it will affect our team. When we recall Kevin-Prince Boateng into the squad and the team performs creditably in subsequent tournaments, the same people who did not like the idea of his recall will rejoice with the FA for the success,' he stated.

Meanwhile, the Ghana Football Association has implied that retired Kevin-Prince Boateng will be re-admitted into the Black Stars if he is interested in playing again.

The AC Milan ace stepped down from the Ghana national team in November 2011 citing health reasons to focus on his club. That decision angered a lot of Ghanaians who were of the opinion that the former Portsmouth star used the Black Stars to resurrect his club career.

Let's Avoid Second Wave Of COVID-19 By Following All Protoco...
29 minutes ago