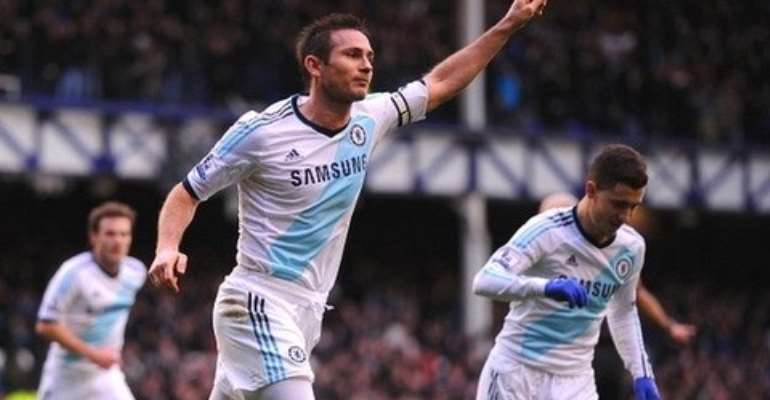 Holders Chelsea earned a fifth-round trip to Middlesbrough with a comprehensive victory over Brentford in their FA Cup replay.

Juan Mata opened the scoring with a shot from distance after the break before Oscar saw his inventive close-range flick deflected past Simon Moore.

And John Terry sealed the rout with a late header from another Oscar pass.

The Blues will now travel to the Riverside Stadium on 27 February having safely come through Sunday's replay against League One Brentford - after the initial tie had ended 2-2.

Chelsea dominated the first half but despite several chances they failed to break the deadlock.

Oscar was their most lively threat with the Brazilian scuffing against the post while earlier seeing his goal-bound shot deflected over the bar by Harlee Dean.

Branislav Ivanovic also went close for the Blues, heading Mata's free-kick back across goal and wide while Lampard was unusually inaccurate in front of goal after volleying erratically wide from 10 yards.

Forshaw was threatening again when David Luiz sent him crashing to the turf on the edge of the penalty area, winning a free-kick that infuriated Brentford as Marcello Trotta had rifled his shot past Cech just as the whistle blew for a foul.

Chelsea started the second half with more urgency and Ivanovic forced an excellent low save from Simon Moore with his close-range header from Oscar's cross.

The holders were eventually ahead and it came from their top scorer this season with Mata finding the net with a low strike from 20 yards after Ba's knockdown from Cech's long punt.

Brentford pressed for an equaliser but struggled to break down a well-organised Chelsea defence and it was the hosts who scored next doubling their lead through Oscar's flick from Ivanovic's cross that was deflected past Moore.

Clayton Donaldson headed over for the Bees moments later but the tie was all but sealed as Lampard scored Chelsea's third.

In doing so Lampard became Chelsea's all-time goalscorer in the FA Cup with his 26th in the competition, also taking his tally to 199 goals for the Blues as he side-footed Mata's cross past Moore from 10 yards out.

Terry completed the rout with a late header following a fine, incisive cross from Oscar.

In the closing moments, Luiz was lucky to escape punishment after a cynical shoulder barge on Jake Reeves as the game, that had been played in right spirit, ended on a sour note.