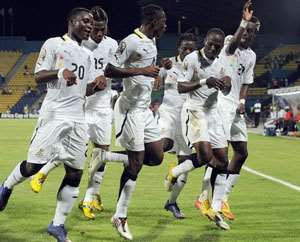 The Ghana FA's Executive Committee is awaiting detailed reports on why the Black Stars failed to win the 2013 Africa Cup of Nations.

The report presentation expected by Friday from the technical and management teams will kick start a rigorous inquest on Ghana's failed bid in South Africa.

The Black Stars broke many Ghanaian hearts at the Nations Cup after finishing a disappointing fourth.

The team's ambition of ending a 31-year trophy drought came crashing at the semi-final stage with a penalty shootout defeat to Burkina Faso.

The Black Stars' woes were further compounded with a stinging 3-1 defeat to Mali in the third-place playoff - ensuring the team finished the three-week competition with just a handshake.

Ghana's disappointing finish has now sparked several debates as to the way forward for the Black Stars.

Opinions are sharply divided on whether or not to retain the services of coach Akwasi Appiah.

Others also believe big name players such as Michael Essien, Sulley Muntari and John Mensah should return to the side while the unimpressive ones during the tournament be shown the exit.

The Ghana FA's powerful 22-man Executive Committee will however delve into these critical issues after it is presented with the respective reports on Friday.

It is only after a careful study and analysis of the reports that definite decisions will be made on the salient issues that have emerged.