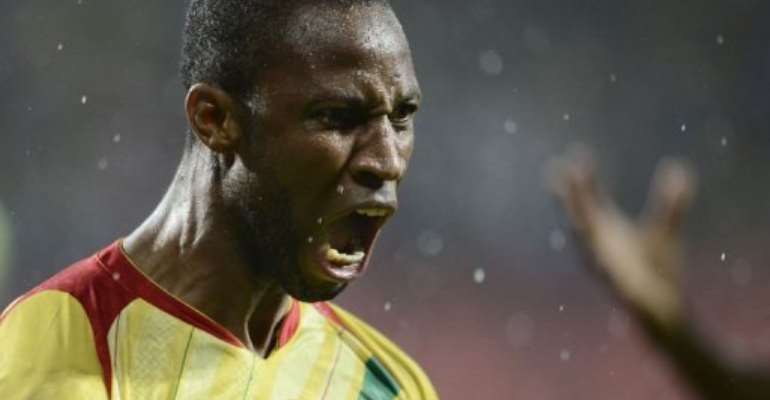 Mahamadou Samassa and Seydou Keita gave Mali a two-goal advantage by early in the second half, Kwadwo Asamoah scored a soft late goal to set up a tense finish but substitute Sigamary Diarra put the result beyond doubt in stoppage time.

It was the second successive tournament in which the Black Stars of Ghana defeated the Eagles of Mali in the mini-league first phase of the tournament only to lose out when they met a second time with the bronze medals at stake.

Nigeria, who won the Cup of Nations in 1980 and 1994, and Burkina Faso, whose best previous showing was reaching the 1998 semi-finals, meet Sunday in Soweto for the biggest African football prize.

Samassa opened the scoring on 21 minutes before another disappointing crowd in this Indian Ocean city, diving to head a cross wide of Fatawu Dauda after a superb pass from midfield set Adama Tamboura free down the left flank.

Inspirational captain Keita claimed the second goal three minutes into the second half when he latched on to a low Ousmane Coulibaly cross and fired home from close range for his third goal of the competition.

Mubarak Wakaso, joint leading scorer on four goals with Nigerian Emmanuel Emenike, wasted a great chance to edge ahead in the chase for the Golden Boot trophy when he blazed a harshly awarded penalty over.

But Ghana, who have now lost three of four third-place play-offs, did pull a goal back eight minutes from time when a speculative Asamoah shot from outside the box surprisingly found its way past Soumaila Diakite.

Diarra completed the scoring three minutes into stoppage time when a long pass from midfield evaded several defenders and he took advantage with a snap shot past Dauda.