I. Coast in Africa Cup quarter-finals, Algeria out 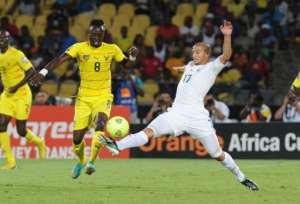 Togo or Tunisia will fill the other place in the last eight from the 'Group of Death' while Algeria are the first country eliminated from the title race after a game delayed when a goalpost was damaged and had to be replaced.

Tottenham Hotspur striker Emmanuel Adebayor put Togo ahead on 32 minutes and substitute Dove Wome added a second in the third of 13 minutes stoppage time against opponents ranked second in Africa behind Ivory Coast.