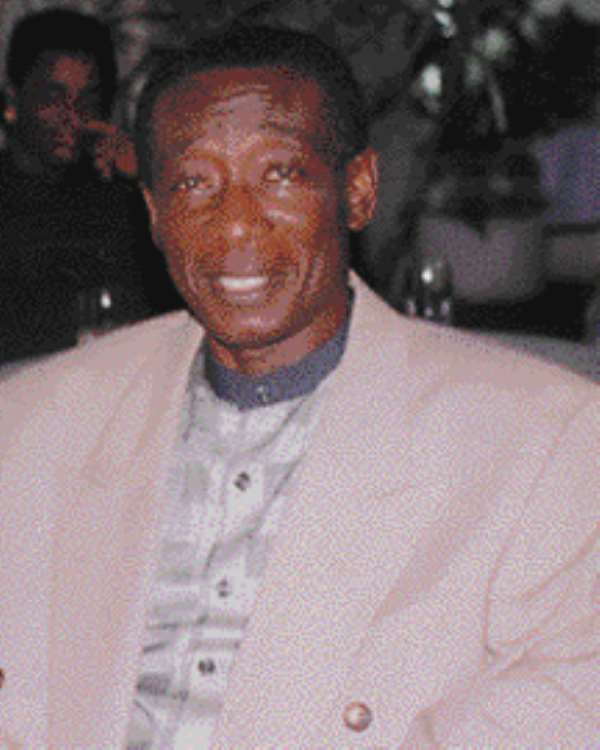 Mr Kojo Quarshie, one of six persons linked with an interest in the GFA Chairmanship, has ruled out any such ambition for the rest of his life. And in saying adieu, he has endorsed the view that all members of the old bloc give way to the new and vibrant generation endowed with the enthusiasm and energy to give Ghana football a respite from the ill-will it has suffered over the years. “I believe strongly that we have had enough of the old faces, myself included. Not that we lack the capacity for running the Football Association, but I think the environment which we have created all these years has left in its wake a whole chain of people who have something against us and would not wish us to succeed in any way. “By offering ourselves, we are denying Ghana football the opportunity of finding people who would bring goodwill to the association. At the moment, the association lacks goodwill and that is what it needs most; the oxygen of its survival is goodwill,” Mr Quarshie told the Graphic Sports. Contained in his definition of old faces are all persons who have served in any capacity at the FA in the past who, according to him, unfortunately are generating a lot of enmity and bitterness and rancour, which is not good for the association”. Mr Quarshie who is a member of the Black Stars Management Committee also maintained an advisorial role in the Ben Koufie administration, but his association with national football administration under various capacities spans beyond three decades. Since 1970 when he assumed the office of assistant secretary at the National League Clubs Association, which later became the Organisation of Ghana League Clubs Association and now the Ghana League Clubs Association (GHALCA), he has served in many other capacities, including the vice chairmanship of the GFA in 1985, and as acting chairman of the association in 1985 and 1986. He is also a founding member of the Professional League Board (PLB) and at present a director of Sekondi Hasaacas.
In spite of this rich experience, “which I think there will be a few to beat,” Mr Quarshie’s prescription for resuscitating Ghana football is definitive: “the old order must change and give way to the new”.
Current FA Chairman, Ben Koufie, announced earlier this week that he will not seek a second term when his tenure ends with the current league season, and Mr. Quarshie thinks that should end the ambitions of the old faces to seek the FA top seat.
“It is not in the interest of Ghana football and it is not in his (Ben Koufie’s) own interest for him to go for another term because so soon it appears Mr Koufie had also been-engulfed in this whole web,” he said.
Even in that vein, he said Ghana should jealously court and guard the clout that people like Mr Koufie and Ghanaian soccer legend, Abedi Pele, possess for the benefit of Ghana football since it will take another whole generation to build the clout such men have in world soccer circles.
He said GHALCA’s proposals for the restructuring of the FA and the Premier League are in line with modern trends, and wished that the plan takes immediate effect rather than the 2005 target set by the association.