By Ghanasportsonline
Cup of Nations 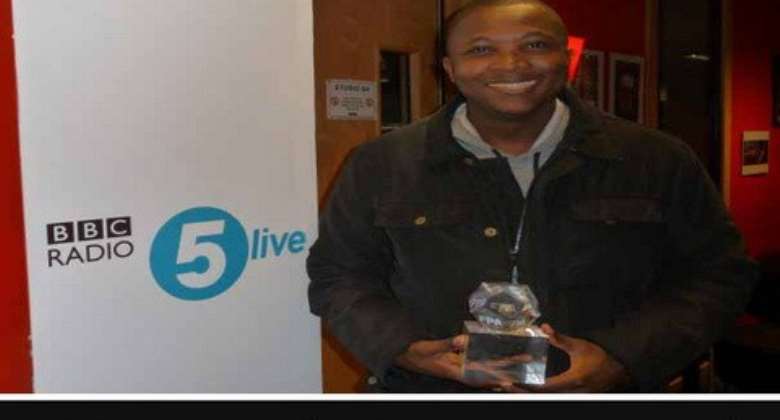 The Santayana reason and common sense has some useful advice for all who desire to avoid mistakes of the past.

It admonishes that; those who cannot remember the past are condemned to repeat it.

The most consistent theory that followers and ardent supporters of the senior national football team, the Black Stars, have been fed by officials of the GFA to explain why the team failed to meet the expectations of the nation at a tournament is lack of team unity.

The last cup of nations tournament is our latest example.

We would ask a few questions before we proceed to make our point which we think is crucial and ought to be addressed before we head into the impending Cup of Nations tournament.

The first questions ask is this; how come officials of the GFA failed to spot the perceived or alleged differences in the team before the tournament?

Do these perceived and alleged differences between and among players of the team sprout all of a sudden in camp or when the tournament got underway?

And how come officials of the GFA have always failed to unite the team to enable the team achieve the success that is expected of them?

The answers to these questions are simple.
It is the officials themselves who are responsible for this disunity.

The conduct of FA spokesman Sannie Daara provides us with a basis for our conclusion that FA officials themselves provide the fertile grounds, the seeds and indeed nurture and grow disunity between and among players of the Black Stars.

We have noted quite recently that the FA Spokesman has been involved in a number of discussions and publications in the media about the Ayews and most importantly for us; the Ayew brothers.

His involvement directly and indirectly in these publications and discussions initially appeared to us to be innocuous, after-all he is a media person.

But our eyebrows have however been raised with regard to the pattern of Mr. Sannie Daara's views as expressed in publications and discussions on the Ayew brothers in which he has been directly or indirectly involved.

First of all, Sannie Daara has said of the maestro Abedi Pele ( father of the Ayew brothers) that he (Abedi Pele) was dropped from FIFA and that Abedi Pele no longer commands any influence and respect in FIFA circles.

This is an absolute falsehood and when account is taken of the fact that Sannie Daara is experienced enough to have checked out his facts before speaking, this falsehood, if it was peddled by him in good faith is still, inexcusable.

This observation initially appears harmless but subsequent utterances of Sannie on matters concerning the Ayew brothers have established without a doubt that his comments about the maestro are deliberate and just intended to spite the Ayews.

From Sannie Daara's comments about Abedi Pele, he (Sannie) then deals with Jordan Ayew's dropping from the Black Stars in several publications and media discussions.

His comments on the reasons why Jordan Ayew was dropped from the Black Stars showed clearly his bias.

We still did not make much of his comments as to reason why the dropping of Jordan Ayew from the Black Stars but he exposed himself during a meeting which took place at Mr. George Afriyie, an FA Executive Committee member's guest house on the Spintex road in Accra.

Present at that meeting among others were Mr. George Afriyie and Fred Crentsil, the GFA Vice President.

Our source who monitored the meeting at George Afriyie's Guest House informed us that Sannie Daara vowed to make life very uncomfortable for Dede Ayew in the camp of the Black Stars during the upcoming AFCON tournament in South Africa.

Without minding his environment, Sannie Daara spewed venom on the Ayews and expressed his joy over the exclusion of Jordan Ayew from the Black Stars saying it is now the turn of Dede to be kicked out especially because Dede is getting closer to the Black Stars captaincy.

Sannie Daara added that the Ayew brothers were nobodies and ride largely on the stature, clout and legacy of their father.

Daara, our source reported to us, said that Dede Ayew is so full of himself and that now that he is getting closer to the captaincy everything should be done to suppress him and promote players like Christian Atsu.

Sannie Daara also said of Fiifi Tackie (a very close fried of the Ayews) that Fiifi Tackie has been bringing juju to Dede in the Stars camp for which reason no effort should be spared in ensuring that Fiifi Tackie doesn't get closer to the team in South Africa.

His hatred for the Ayews is however, not our concern.

Such an official's presence in the camp of the Black Stars already has a divisive element.

The reason is simple.
With these comments, do you expect Dede Ayew to react favorably to a decision taken against him without his sub-conscience telling him that some officials of the Black Stars like Daara are responsible for a decision to substitute him hurriedly or bench him?

How do you expect Atsu to relate to Dede when Atsu has been assured that he is being deliberately promoted to outshine Dede?

He would see Dede as a rival and not a team mate who has a common agenda with him to ensure that the Black Stars win gold.

Atsu definitely will lose concentration in camp and in every game in which he features because he plays with Dede in mind.

Dede who without doubt, is one of the most committed players of the Black Stars will be in camp and on the field of play knowing that some officials of the Black Stars do not like him and they are eager to call for his exclusion from the first 11 in favour of Atsu or his quick substitution because the officials want to see another player instead of Dede.

Team unity therefore is clearly undermined not by any acts of the players themselves but the acts and omissions of officials of the GFA like Sannie Daara.

An official like Sani Darra therefore should be the first to be dropped from the team of players and officials to travel with the team.

It is not Fiifi Tackie who is dividing the team, it is an official (Mr. Darra) who has made it clear that he dislikes and likes some players.

He has made it clear that some players should be promoted at the expense of others. Does his presence in camp foster team unity?

We hope that someone takes this seriously. Two things however give us hope. We spoke to Dede when our source confirmed the utterances of Sannie Daara at the spintex road rendez vous.

The young player confirmed that he was aware of Sannie's hatred for the Ayews and the meeting but assured us that he was determined not to let that affect him and his relationship with the team and its members.

Another fortunate thing is that our source confirmed that Mr. Fred Crentsil demanded an explanation from Daara as to why he hated the Ayews but got no answer.

Afriyie our source said, was quiet throughout. The observations we have just made are not enough.

If your right hand causes you to sin you should cut it off.

Daara would be the first on air explaining to Ghanaians why the Black Stars failed to make but diligently omit to let us know the role he played in it.

We have now discovered why at every tournament disunity is blamed for our failure.

That should be dealt with decisively. Meanwhile Sanni Daara has vehemently denied the story.