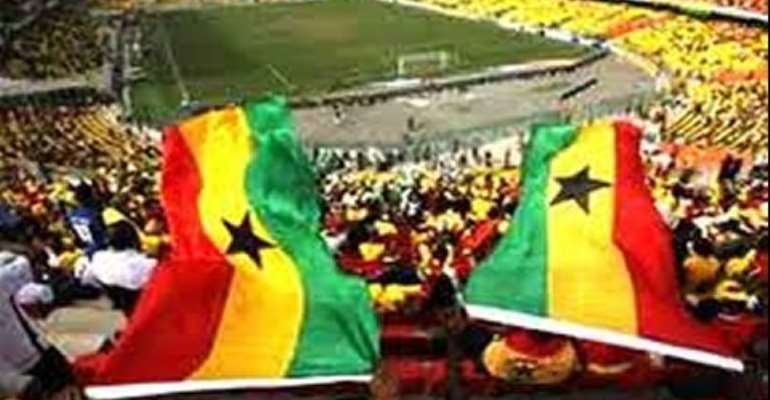 The Accra Sports Stadium has been cleared to host the 2013 Africa Cup of Nations qualifier between Ghana and Malawi billed for Saturday, September 8, 2012.

The national stadium, yet to taste any significant action since its renovation for the 2008 Africa Cup of Nations was reportedly tagged unsafe to host matches by Kojo Bonsu, Board Chairman of the National Sports Authority (NSA) in a recent interview on JOY Sports Link, but experts have allayed the disturbing concerns raised by the Chairman.

With visible signs of rust and cracks spotted on the roof and other vital sections of the facility, Eric Ansah, Deputy Managing Director of the Architectural and Engineering Services Limited (AESL) insists the venue is safe to host this weekend's match and subsequent ones.

Ansah who led a team of technical experts from his outfit and officials of the NSA on an inspection tour of the stadium on Monday, which was re-inaugurated by former President John Agyekum Kufour in October 2007, said it cannot serve as a 'death trap' as being speculated. “We want to allay any fears about the safety of the stadium. It is fit to host matches. Therefore, the Ghana/Malawi match can be held here,” Ansah assured.

He worryingly admitted that the signs of rust was a concern, but explained there was no cause for alarm since “it has not gotten to the skills structure. The rust is due to the sea breeze as the stadium is close to the sea.

“We have to do some steel blasting and re-painting of the whole structure. There is nothing to worry about,” he affirmed.

Ansah advised that the best practice would have been regular maintenance to keep the facility in the best of shapes.

It was renovated alongside the Baba Yara Stadium in Kumasi for the 2008 Africa Cup of Nations which was complemented by the Tamale and Essipong Stadia, Sekondi.