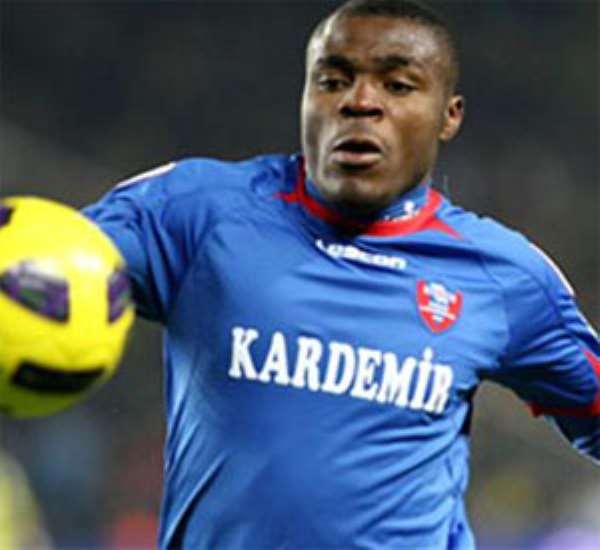 Nigeria striker Emmanuel Emenike was arrested and he testified at an Istanbul court over a match-fixing scandal that rocked Turkey last year.

Several media reports in Turkey said Emenike was greeted by his lawyer at Rezan EpÃ¶zdemir on arrival in Istanbul with his Russian club Spartak Moscow and travelled to the Ã‡aÄŸlayan courthouse.

He was detained for several hours and after he appeared in court he was released pending trial.

In an unprecedented investigation, a Turkish prosecutor accused Emenike of being involved in match-rigging and of leaving Turkey while a court case was underway.

Emenike's case file was separated from the overall match-fixing case since he was in Russia at the time of the trial and did not provide testimony.

He scored in first leg and he is expected to feature in the return leg later Wednesday in Istanbul.

Many high-ranking football officials from various Turkish clubs, including FenerbahÃ§e and BeÅŸiktaÅŸ, have been arrested on charges of fraud and match-fixing.

A total of 31 individuals, including agents, former footballers and club managers, were arrested in two waves of the probe with FenerbahÃ§e Chairman YÄ±ldÄ±rÄ±m being the highest profile figure taken into custody pending trial.