Gyan To Inspire Stars In China 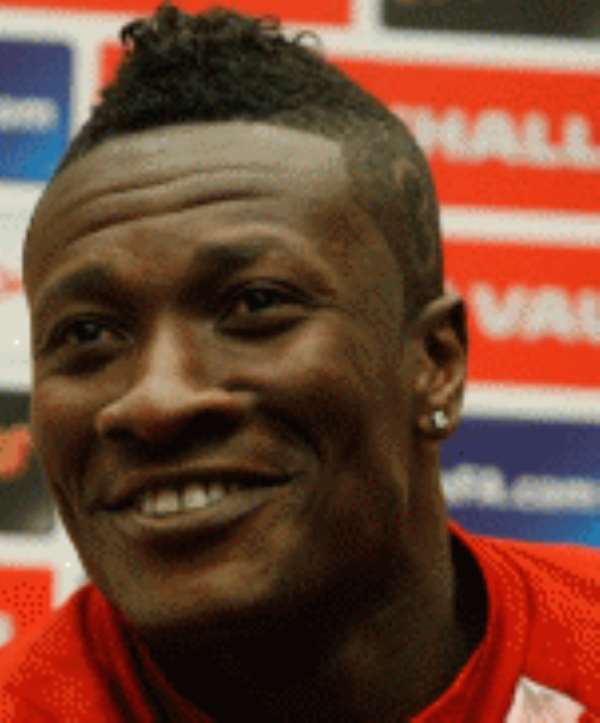 Black Stars striker, Asamoah Gyan, is expected to inspire the Black Stars for a possible victory over China Wednesday, as he makes a long awaited comeback to the team after five months absence, making him available for selection in the 2013 Africa Cup of Nations qualifier against Malawi next month.

Gyan’s stature and importance to the team’s success has never been in doubt, and his self-imposed exile following some vile criticism from the public for his apparent penchant for wasting crucial penalties has exposed the team’s poor scoring ability.

The Al-Ain player, however, has a big opportunity today at 12 noon at the Shaanxi Province Stadium to endorse his status as Ghana’s lead striker as Coach Kwasi Appiah assesses four of his new inclusions in his bid to revitalise the squad.

Unfortunately, as has been the practice in recent past, the newly invited players may not even get the chance to prove their worth.

Apparently for fear of losing and its resultant public criticism, Black Stars coaches have preferred to stick with their regulars except on few occasions, making a mockery of the whole exercise.

Coach Appiah may want to reverse the trend and give the new players the chance as a way of building the confidence level of his future team.

Aside these new faces, Coach Appiah is keeping faith with some of the old guards, including skipper John Mensah, Isaac Vorsah and Anthony Annan.