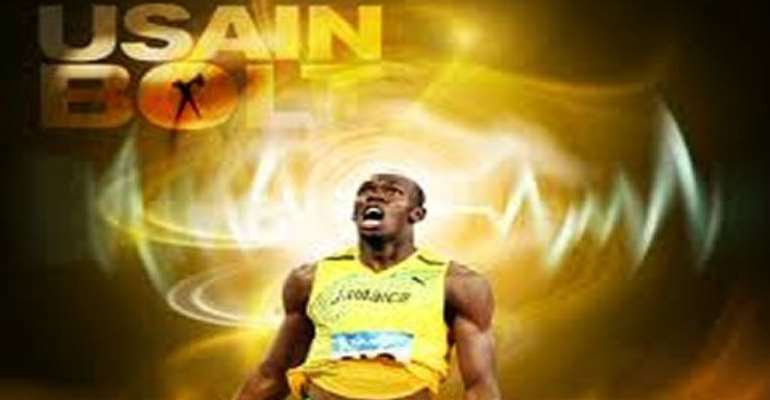 The world's fastest man Usain Bolt strolled his way into the men's London 2012 200 metres final and was joined by teammate, rival and friend Yohan Blake.

The Jamaican sensations qualified safely through the Olympic semi-finals in assured fashion – both putting the brakes on with 50m to go – the four-time champion and world record holder set a time of 20.18 seconds, while the Games debutant and protégé Blake recorded a time of 20.01 secs.

And the four-time Olympic champion, who broke Michael Johnson's world record in Beijing with a time of 19.30 secs, claimed that despite pre-Games critics questionning his form, he is still number one.

"It's all about going through as easy as possible, that's the aim and I did pretty well so I'm happy," said the 25-year-old.

"I'm ready, this is my favourite event and I'm looking forward to it."

Coming into the Games, Bolt had lost twice to Blake in the Jamaican Olympic qualifies, leading many to question his physical and mental state, something that did not come as a surprise to the sprinter.

"That's how people they are, they always doubt a champion but I know I can produce so I never doubt myself," he said.

Despite the world's eyes landing on Bolt, often neglecting Blake's ability, the 22-year-old still declared his respect for his training partner.

"He's (Bolt) my good friend and I think it's going to be interesting," said Blake.

"I've been working really hard on this 200m, all I need to do is execute well and anything can happen from there.

"It's always a good chance for me in the event (final) but mistakes do happen and things do happen. I'm grateful for what I've done so far."

Great Britain's Christian Malcolm – who narrowly missed out on winning gold in the men's 4x100m relay in Athens – raced in the easier heat three, but the race began with a false start.

After composing himself he could not find his way into the final as a time of 20.51 was not enough to seal his place – a poor transition from curve to straight clearly affected his speed.

The first white man to run the 100m under ten seconds Christophe Lemaitre grabbed his chance at Olympic glory with a time of 20.03 secs – but was made to sweat after he finished third in his heat and had to progress as a fastest loser.