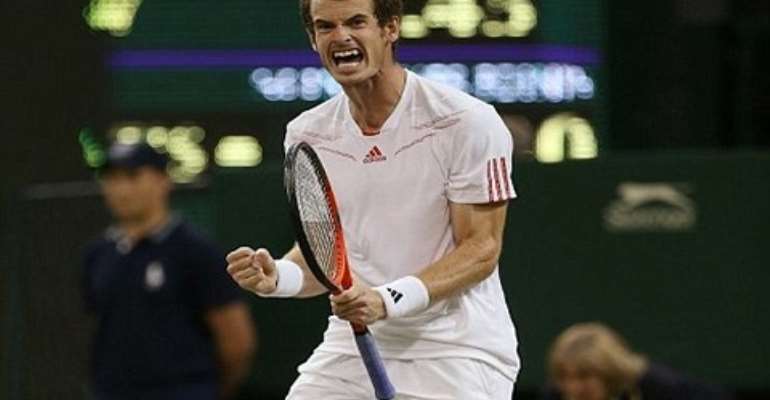 Andy Murray will look to build on the success of Britain's women tennis stars by reaching the third round of the Olympics today.

Laura Robson and Heather Watson both recorded impressive victories over Lucie Safarova and Silvia Soler Espinosa yesterday to reach the second round.

Murray has already made it through to the last 32 having beaten Stanislas Wawrinka at the weekend, and he hopes to go one step closer to gold medal glory by beating Finland's Jarkko Nieminen on Centre Court this afternoon.

Britain's number one is desperate to taste glory at SW19 having lost to Roger Federer in the Wimbledon final three weeks ago, and his 4-0 win-loss record against 31-year-old Nieminen suggests he has a good chance of victory today.

"I'm not afraid," Murray said.
"He's a very tough player, he has a lot of experience, but I have played him a few times. I actually played him at Wimbledon in front of the Queen."

Despite being ranked 73 places below Safarova, 18-year-old Robson showed composure beyond her years to beat the Czech 7-6 (7/4) 6-4 in front of a raucous crowd on Court 18 yesterday.

Robson now faces the daunting task of taking on Maria Sharapova on Centre Court today, although she pushed the Russian hard at SW19 last summer.

"I think I am better-equipped now than I was then," she said.

"I'm moving better now than I was last year, my serve is a lot faster when it goes in.

"I've worked really hard on improving everything.
"She's playing some of the best tennis of her life so it's going to be tough, but I've got nothing to lose so I will fight as hard as I can."

Robson also has her eyes on perhaps a more prestigious prize - an Olympic pin from Roger Federer.

The Londoner has collected over 20 pins during her time at the Olympics and she has been promised a Swiss pin by the world number one.

"I went a bit nuts with the pins yesterday trying to collect them all," Robson said.

"I got most of them when we were in the Olympic Village. I have St Kitts and Nevis, Aruba. I am looking for the slightly smaller countries.

"I have run out of British pins to trade so Andy (Murray) is going to give me his. Then I can get started again. I have been promised a pin from Roger Federer. I asked him (yesterday) morning because I know his coach.

"He said he is going to bring me one on Tuesday."
Watson takes on 14th seed Maria Kirilenko second on Court One this afternoon following her win yesterday.

Elena Baltacha failed to make round three despite a battling performance against former world number one Ana Ivanovic.

The Scot also bowed out of the women's doubles after she and Anne Keothavong lost 6-3 6-1 to German pair Julia Goerges and Anna-Lena Gronefeld.