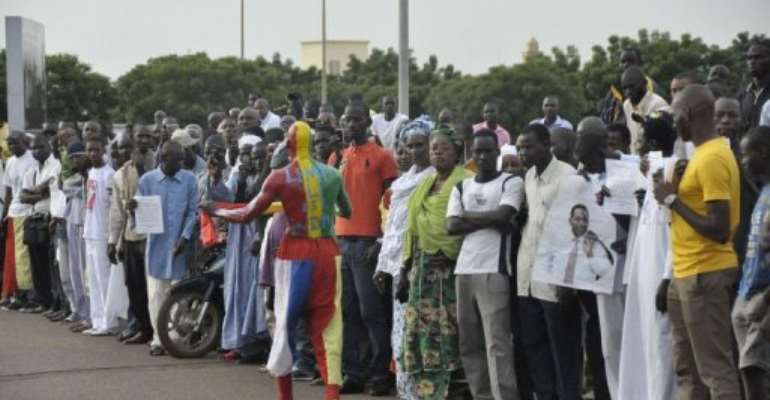 DAKAR, Senegal (AFP) - French Foreign Minister Laurent Fabius said any military intervention in Mali's rebel occupied north would have to be undertaken by a properly-equipped and organised African force.

"There is a lot of preparatory work involved," Fabius, who is currently visiting west Africa, told AFP in an interview in the Senegalese capital Dakar.

"It's up to Malians and to the Africans to take the necessary decisions with the backing of the international community," he said.

"It's not easy because one has to find adequate forces in Mali and neighbouring countries," he said, adding that the troops would have to be "organised, sufficient and equipped."

Mali's interim president Dioncounda Traore returned to Bamako on Friday amid tight security after a two-month stay in Paris for medical treatment after he was attacked by a mob in his office.

Hardline Islamists have strengthened their hold on the vast desert north of Mali, which they seized after a March coup in Bamako.

The interim government which took over from the junta which staged the putsch has proved powerless to deal with the occupation.

Mali's prime minister is trying to cobble a wider unity government on the orders of mediators from the Economic Community of West African States (ECOWAS) regional bloc to deal with the mounting crisis.

ECOWAS wants to send a 3,000-strong military force to Mali, but is waiting for United Nations approval and a formal request from Bamako from a more inclusive government.

Mali has until Tuesday to form the unity government, a process which faces further hurdles after key political parties called for Diarra to step down, accusing him of "incompetence and amateurishness".