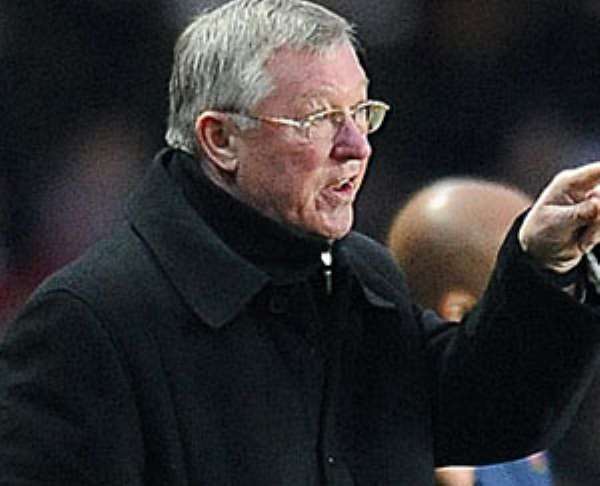 The 70-year-old challenged his side after being pipped by Manchester City on goal difference last term. http://www.bbc.co.uk/sport/0/football/17973148

Ferguson also revealed Nemanja Vidic and Chris Smalling will return from injury for the start of the season.

He said: “We have to recover, as we've done many times. That's our target this year. Priority number one is to win the title back.”

He added: “After the disappointment of last year, we want to recover the title.

“We either win the title or come second, it's an important part of the history of our club over the last 20 years.”

Vidic will be back for the start of the season after eight months out with a knee injury, http://www.bbc.co.uk/sport/0/football/16079897 while fellow defender Chris Smalling is expected to have recovered from a groin problem.

But defender Jonny Evans (ankle) will not be ready for the Premier League opener against Everton on 20 August.

“Vidic will start the season, I am sure of that,” Ferguson said.

Neither Vidic nor Smalling are on United's pre-season tour of South Africa as they work with specialists at the training ground.

“Nemanja is still at the level of doing good amounts of training, but not in the competitive sense that the others have done so it was pointless bringing him out here,” Ferguson added.

“He is better being back at Carrington, with all the facilities and the physios to get him to the next level. By the time we get back, we hope he is at the competitive element of his comeback.”

Serbia international Vidic made just 11 appearances for United last season before suffering the injury in the Champions League defeat to Basel in December. http://www.bbc.co.uk/sport/0/football/16079897

“Chris has done a bit of training, is gradually progressing and I expect him to start the season,” Ferguson added.

Rio Ferdinand, who has struggled with a variety of injuries since 2008, is confident he will be fit enough to be a regular in the United side once again this season.

Last term, Ferdinand's 29 Premier League starts were more than he had managed in his previous three campaigns.

Ferdinand, 33, said: “It has been well documented I had injuries over the last few seasons. Last season, thanks to the physios and sports science team at United, I felt I managed my back really well. They helped me through.

“Long may that continue because I would like to play a similar amount of games this season.”

Despite the furore that surrounded him not being selected for this summer's European Championship, Ferdinand is refusing to rule out adding to his 81 international caps.

Ferdinand added: “Manchester United is at the forefront of my mind. It's my club and this is what I love doing. If anything else comes of it, so be it.”