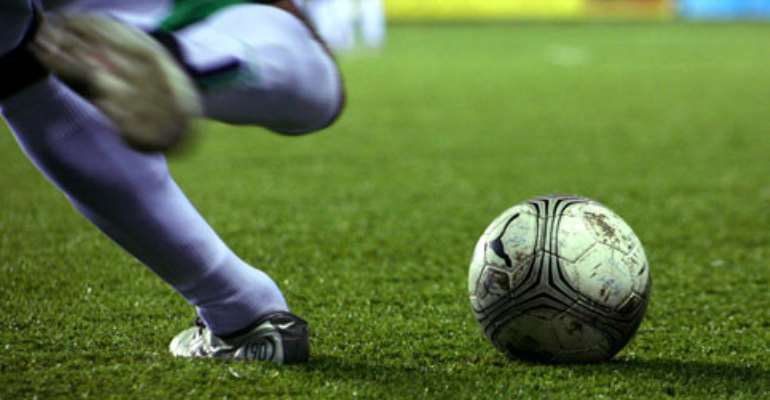 Accra, July 9, GNA – Namibia came from behind to hold Ghana 2-2 in the opening match of the Three-Nation U-20 friendly tournament on Sunday at the Accra Sports Stadium.

The hosts led 2-0 at half time but a spirited performance from the Young Brave Warriors saw them surrender the lead and escape with a point.

The result is one that Black Satellites coach Orlando Wellington will be the least content as his team failed to glitter especially in the latter stages of the game, allowing the Namibians to direct affairs.

As early as the first minute, the Satellites were up through Fatawu Safiu, who fired in from the maiden attack of the game.

The Ghanaians were in control and on 12 minutes Heart of Lions forward Benjamin Fadi doubled the lead with a flick header that beat onrushing Namibian goalie Maxmillan Mbaeva.

At that point, there were no signs of the Young Brave Warriors coming back as they continued to struggle in search of their feet. However, on 19 minutes, the visitors made their first serious attempt at goal but Ghana goalie Muntari Tagoe forced a spectacular save off Larry Horaeb's goalbound shot from close range.

On the stroke of half time, their best chance fell to Horaeb again, but his effort bounced off the crossbar with Tagoe completely beaten.

The Black Satellites appeared out of steam in the second half and Fadi's header from a Roger Sackey cross on 55 minutes remained their best attempt at goal during the second session.

On 64 minutes, the Namibians reduced the deficit through playmaker Willy Stephanus with a well-bent free-kick from the edge of the penalty area that zoomed into the left corner of the post, leaving Tagoe with no option.

With the sudden improvement in the game of the Namibians, it was only a matter of time that the equalizer and it did on 73 minutes through a penalty after Ghana captain Lawrence Lartey handled in the vital area. Petrus Shitembi converted the spot-kick for the goal that earned his side a point in the opening match of the weeklong tournament that includes Egypt.

Namibia will next play Egypt on July 10 at the Accra Sports Stadium.