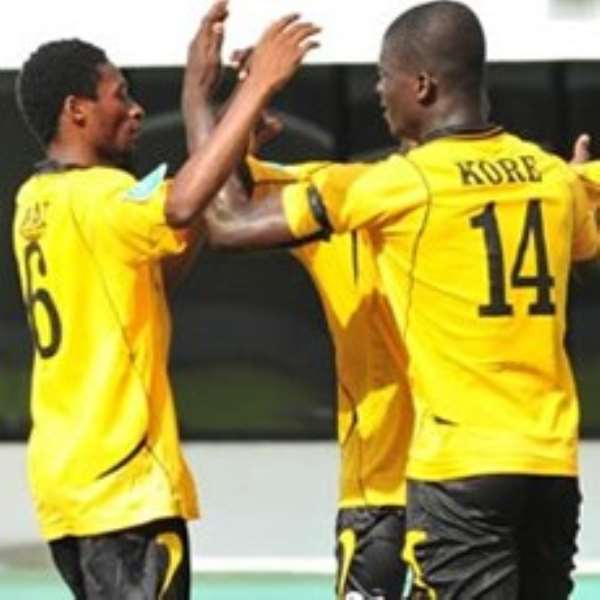 AshantiGold capped a fine 120 minutes of MTN FA Cup action with a 1-0 victory over Berekum Chelsea in Kumasi on Saturday in the semi-final and seal a place in the finals.

Francis Kwofie scored the winner when he put Miners ahead in the 116th minute of the game at the Baba Yara Stadium.

Chelsea, playing with 10-men following the dismissal of Nafiu Awudu in the 71st minute held on well by sending the game into extra time after a goalless scoreline in normal regulation time.

However, Chelsea's hopes forcing the tie into penalties were undone when a defensive error allowed Kwofie to put the Miners ahead in the second half of extra time.

The final four minutes produced much action as Chelsea attempted to find an equaliser but failed to break through the Miners' rearguard.

Certainly, the stage is now set for the Miners to make their first final since 1993 but Chelsea, again fail to get past the semi-final stage as they were presented with a similar experience.

Around this time last year, Chelsea were kicked out of the competition by surprise FA Cup winners, FC Nania.