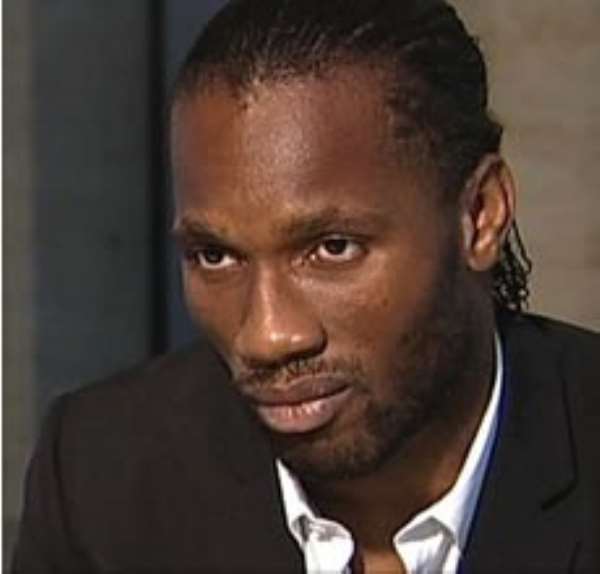 The 34-year-old Ivory Coast striker has long been linked with a move to Shanghai, where he would re-unite with former Chelsea team-mate Nicolas Anelka who joined the club in a big-money move in December.

According to Chinese reports, Drogba will confirm the deal on his personal website on Wednesday, with Shenhua refusing to make any official statement until the player releases the news first.

Speaking on a promotional visit to India earlier in the week, Drogba confirmed an announcement on his future would happen "soon".

The Chinese mid-season transfer window opened on Monday, with speculation claiming the deal would be announced early in the week, however according to Sina Sports that has been delayed with his management team reviewing the lengthy contract.

It is understood the Drogba contract is a complicated deal, with 50 pages written in French, English and Chinese. The deal is reportedly worth €12 million although according to the China Daily the club's owner Zhu Jun said: "I have never mentioned the price on my Weibo (the Chinese equivalent of Twitter)."

The Ivorian will ignore alleged interest from a number of clubs to move to China, including Real Madrid and Anzhi Makhachkala.

Drogba, who helped Chelsea win the 2011-12 Champions League title last month, is expected to make his debut for the club against Beijing Guoan on July 14.

Shenhua, who have had a dismal first half of the 2012 Chinese Super League season despite the presence of Anelka, are also expected to unveil Racing's Colombian midfielder Gio Moreno this week according to Argentine reports.