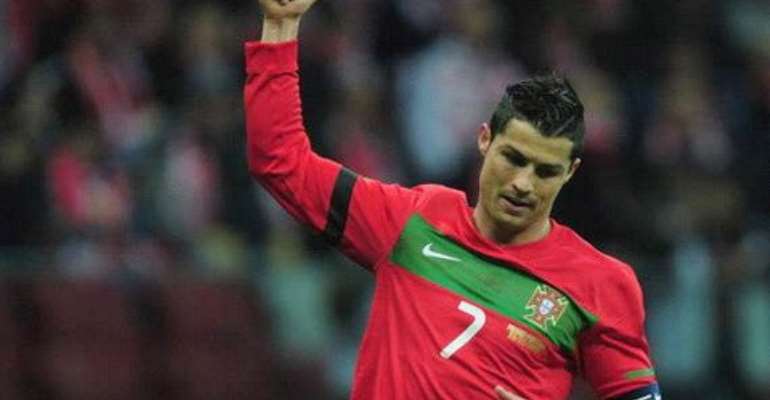 The Germans controlled large parts of the game but looked distinctly average in front of goal until Gomez rose to head home Sami Khedira's cross with just over a quarter of an hour remaining.

Manuel Neuer's goal then led a charmed life until the end of the match as Portugal staged a late siege, but Ronaldo and his team-mates were ultimately unable to find a leveller.

Real Madrid forward Ronaldo was denied by an excellent block from Jerome Boateng in the second half, and felt that his side were very unlucky not come away with at least a point.

"My feeling is that this result was unfair," he told Goal.com. "I think we were a bit unlucky, we had the chance to win the match.

"We had more chances to score than Germany and it is hard to leave the pitch with a defeat, but we have to stay positive and think about the next matches, which will be crucial for us."

The best chance of a tight first-half fell to Pepe, but the defender's strike crashed against the crossbar before bouncing clear, and after Ronaldo's second half chance was blocked the best chance late on fell to substitute Silvestre Varela, but it was denied by Manuel Neuer.

"We got off to a good start," he continued. "Especially in the second half, then Germany had one chance and they scored.

"We are a bit sad because we still were not able to score after two shots that hit the bar and two other good chances, so it is obvious that we have to be sad."

Defeat means Portugal must now negotiate difficult clashes with Netherlands and Denmark if they are to have a chance of qualifying from Group B, but Ronaldo is still confident they can do so.

"Our ambition is still the same," he added. "We have to win the next two matches and try to go all the way. If we play like this against Denmark and Netherlands, I think that we have all the conditions to defeat anyone."

Ronaldo's club coach Jose Mourinho made the trip to Lviv to watch his country and the forward revealed that the former Inter boss agreed with him that they can still qualify from Group B.

"I spoke with Mourinho. He told me he has a lot of trust in us, he wished us luck and he said that if we play like this, we will win the next matches."

Portugal's next match, against Denmark, kicks off at 18:00CET on Wednesday.