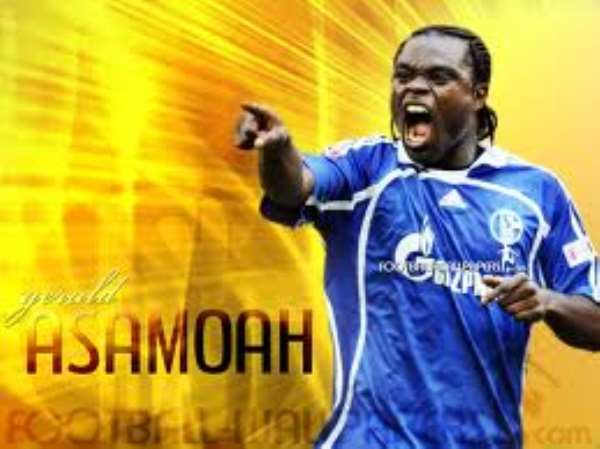 Asamoah told GNA Sports on Wednesday that the Stars appear favourites over the African champions, who inflicted a painful lone goal loss during the last meeting between the two sides at the semi-finals of the 2012 Africa Cup of Nations in Gabon and Equatorial Guinea.

He said the Stars display against Lesotho, whom they beat 7-0 last week at the Baba Yara stadium puts them in pole position against their Southern African counterparts.

Asamoah however said, “It won't be an easy game as Zambia is current the African champions. They will be difficult to beat at home too,” the 33-year old said.

The Schalke legend has also ruled out the effect of the unavailability of key players such as captain John Mensah, Andre Ayew and Asamoah Gyan, on the team's chances.

“I have heard that some key players like Ayew (Andre) are not around, but there are some young players in the Ghana team who can rise up to the occasion.”

Despite opting to play for Germany at international level, Asamoah remains a big fan of the Black Stars.

He also lauded the team for their bright start to the campaign and has charged them to maintain their impressive run in the campaign.

Asamoah made history by becoming the first black-African to play for Germany after appearing in an international friendly against Slovakia in 2001.He went on to make over 40 appearances for Germany featuring in two World Cups, 2002 and 2006.

He is currently on the books of SpVgg Greuther Fürth and guided them to the Bundesliga, their first in 15-years.