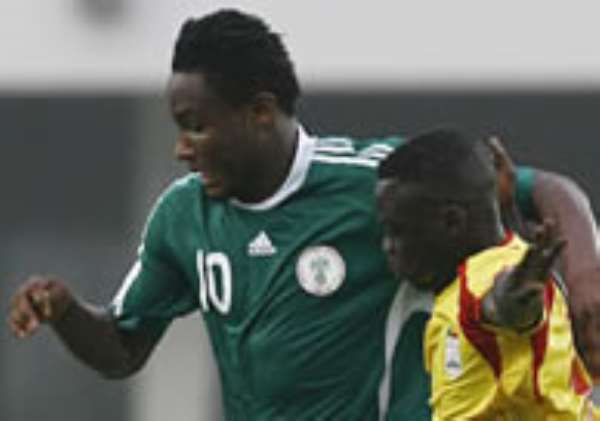 Accra, May 31, GNA – Nigeria and Benin booked their places at the final of both the men and women's categories of the ongoing African Handball Confederation (CAHB) Zone 3 U-20 Championship currently underway at the Accra Sports Stadium, Ghana.

Both teams sealed their places at the final after victories in their semi final matches on Thursday at the Accra Sports Stadium courts.

In the men's event, Nigeria bounced back to beat hosts Ghana 28-24 thanks to a spectacular second half performance. The Ghanaians led at half time by a four-goal margin but the Nigerians responded positively capitalizing on the sloppy defence abilities of the hosts to draw even and eventually win the game to the disappointment of the home fans.

Popular Nigerian actor, Hanks Anuku was in the stands to support his compatriots to a sweet victory.

In the dying stage of the game, the Nigerians scored four times to move to 28 whilst the Ghanaians could only manage one goal and take their tally to 24.

Earlier, Benin accounted for Niger 36-20 to become the first team to reach the final.

In the women's category, Nigeria humiliated Niger 32-6 whilst Benin eased past Burkina Faso 31-25.

The final and third place-matches will be played on Friday June 1 at the Accra Sports Stadium.

The Zonal championship is a developmental programme set up by CAHB towards the development of the sport on the continent. Other participating countries are Burkina Faso and Liberia.

The winner of the competition, which ends on Friday, June 1, will qualify for the continental championship, where the winner will represent Africa at the global championship scheduled for the Czech Republic in November this year.